Her book De verovering van de vrijheid (The Conquest of Freedom) was awarded by deMens.nu as the best non-fiction book of 2010-2011, and was shortlisted for the Socrates Wisselbeker and the Liberales Boek prizes in 2012.

From 2013-2014 Gescinska worked as a postdoctoral researcher at Princeton University after which she began working at Amherst College where she teaches courses on the philosophy of freedom and on European politics.

Alicja is a member of the “Philosophical Team” of the Dutch newspaper Trouw, and wrote a fortnightly philosophical column for the Belgian newspaper De Morgen from 2012 to 2014.

In 2016 her debut novel, Een soort van liefde (A Kind of Love), was published by De Bezige Bij. She also presented the programme Wanderlust on Belgian television in which she travelled to meet and interview philosophers, writers, artists and scientists. She interviewed Roger Scruton, Alexander Stoddart, Raymond Tallis, Youssou N’Dour and Sara Maitland. 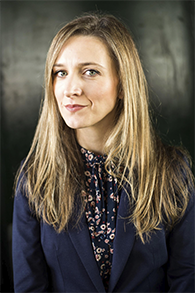