Professor Michael Dine elected to the National Academy of Sciences

Professor Michael Dine elected to the National Academy of Sciences 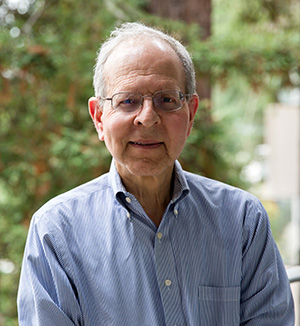 Michael Dine, a physicist at University of California, Santa Cruz has been elected to the National Academy of Sciences, one of the highest honours a US scientist can receive.

Dine, who is affiliated with the Santa Cruz Institute for Particle Physics (SCIPP), has made important contributions in the areas of theoretical particle physics, the phenomenology of fundamental particle interactions, and theories of new physics beyond the standard model. The standard model is a very successful theory explaining the interactions of elementary particles, yet it is known to be incomplete. The principle goal of Dine’s research has been to address questions left unanswered by the standard model. His work also addresses big questions in cosmology, such as the nature of dark matter and dark energy.

A member of the American Academy of Arts and Sciences, Dine won the American Physical Society’s Sakurai Prize for Theoretical Physics in 2017 and received the Outstanding Faculty Award of the UCSC Division of Physical and Biological Sciences in 2011.