Leo Johnson is a writer, broadcaster, and expert on global megatrends. He studied PPP at Oxford and took an MBA at INSEAD before working for a decade at the World Bank. His work promotes progressive disruption  — innovation that matters — grounded in practical optimism, a vision of good economic growth that works for both society and business.

Leo was the Co-Founder of Sustainable Finance Ltd, now a part of the PwC Group. He is a Business Fellow of the Smith School of Enterprise & Environment at the University of Oxford, and has presented a number of programmes for BBC World News, including ‘Down to Business’ and ‘One Square Mile’. He is the co-host of the BBC Radio 4 series, ‘FutureProofing’, examining the impact on business and society of the big ideas coming down the track, from Synthetic Biology to Block Chain and the Sharing Economy.

In 2013, he co-authored Turnaround Challenge: Business & the City of the Future (OUP, 2013), described by David Rowan, editor of Wired magazine, as ‘a fast-paced, hope-filled yet deeply grounded tour of the innovations and technologies with the potential to resolve our era’s greatest environmental, social and economic challenges’.
He is also a Judge for the Financial Times ‘Boldness in Business Awards’ and a co-Founder of the Prix Pictet, the world’s leading prize on photography and sustainability, for which Kofi Annan is the Patron. He has commented and written irregular guest columns for the Financial Times, New Statesman, Huffington Post and Wall Street Journal. 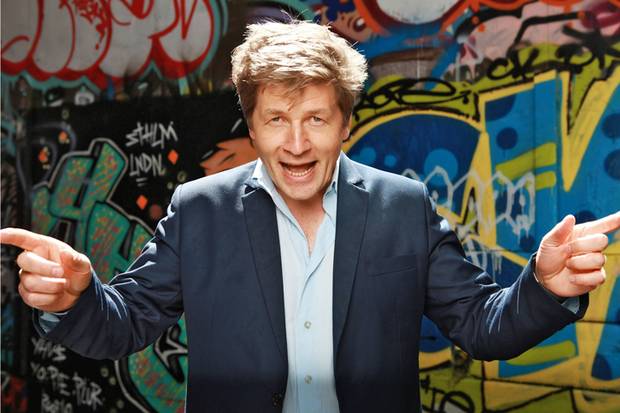