Arkady Ostrovsky is a Russian-born journalist who has spent fifteen years reporting from Moscow, first for the Financial Times and then as bureau chief for The Economist. He studied Russian theater history in Moscow and holds a Ph.D. in English literature from Cambridge University. His translation of Tom Stoppard’s trilogy The Coast of Utopia has been published and staged in Russia. Ostrovsky is a regular guest on the BBC, Sky News, and NPR, where he comments on Russia and the former Soviet Union. He is married with one son and lives in Moscow with his family.

His first book, The Invention of Russia: From Gorbachev’s Freedom to Putin’s War was the winner of the Orwell Prize 2016 and was published by Atlantic Books in the UK and Viking in the USA. 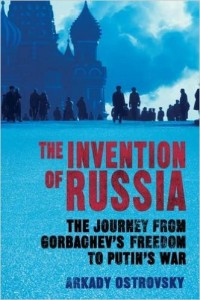 “A focused, bracing look at how the control of the media has helped plot the Russian political trajectory from dictatorship and back again. . . astute, accesible, and illumating”

“Essential, timely, and always gripping, Arkady Ostrovsky’s book explains today’s reinvention of Russia from the fall of the USSR to the rise of Putin with the narrative flair of a true chronicler of the mysteries of the Kremlin.”
—Simon Sebag-Montefiore, author of Stalin

“Russia has always been a place where intellectuals, propagandists, viziers, and prophets have played a grand role. All the gangster-, KGB-, and oligarch-focused analyses of the country’s recent history have overlooked the men of ideas behind the tumultuous changes. Now comes Arkady Ostrovsky with a gripping intellectual history of the newspaper editors, ideologues, television gurus, and spin doctors who invented post–Soviet Russia.”
—Peter Pomerantsev, author of Nothing Is True and Everything Is Possible

“Arkady Ostrovsky traces the descent from the heady days of 1991 with deep local knowledge, a journalist’s fluent style and sharp eye for detail, and wit. He places much of the blame on those who owned and dominated the media in the fifteen years after the fall of the Soviet Union.”
—Dominic Lieven, author of The End of Tsarist Russia

“Arkady Ostrovsky’s dazzling book flags up the conflicts over ideas, morality, and national destiny in Moscow politics from Gorbachev to Putin—a triumph of narrative skill and historical empathy based on personal experience and rigorous research.”
—Robert Service, author of Comrades! A History of World Communism

“For a decade Arkady Ostrovsky has been the most insightful foreign correspondent in Moscow, and in The Invention of Russia he uses his deep understanding of the country he loves to tell the gripping, tragic story of its recent history. A brilliantly original, illuminating, and essential book.”
—A. D. Miller, Booker short-listed author of Snowdrops

“Russia’s surprisingly free media were once a powerful instrument of reform. In his illuminating and saddening account, Arkady Ostrovsky tells how all but a very few have turned instead—deliberately, cynically, and on behalf of the state—to creating the distorted image of reality which shapes the country today.”
—Rodric Braithwaite, British Ambassador to the USSR 1988–1992 and author of Moscow 1941 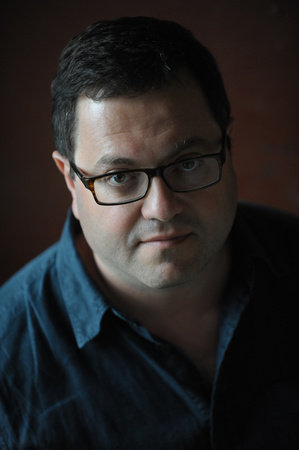