Trevor Dolby is an Associate Agent at TMA.

He spent thirty-five years in UK non-fiction publishing working for all the big four publishing houses. He began his career at a small book packagers in Camden Town in the 1980s, before moving to the John Murray at 50 Albemarle Street. Then on to Paul Hamlyn from 1984-92 and Tim Rice and Michael Parkinson’s Pavilion in 1992-96, before joining Orion as Publishing Director for non-fiction and audio during the late 90s.

It was at Orion that he published, amongst much else, the multi-million selling Dave Pelzer’s A Child Called It, historian James Holland’s first book Fortress Malta, and the first internet bestseller The Darwin Awards. He was one of the publishers who established the celebrity memoir phenomenon, publishing David Essex, Ronnie O’Sullivan, Martin Kemp and many more over the years including, most recently, Peter Kay and Phil Collins.

Trevor won the ‘Imprint’ and ‘Publisher’ of the year at the 2003 British Book Awards. He then moved to HarperCollins as Publisher and Managing Director of HarperCollins Entertainment, at the time a £30m+ business. There he managed the worldwide publishing rights to JRR Tolkien, the UK and Commonwealth publishing of The Simpsons and Agatha Christie.

In 2007 Trevor set up ‘Preface’ as an imprint of Random House, where he published — with his business partner Rosie de Courcy — the best-selling historical novelist Ben Kane and a wide range of non-fiction, including restaurant-based cookbooks (Hawksmoor at Home, J Sheekey: Fish, Comptoir Libanais);  celebrated chefs such as Francesco Mazzei; narrative and military; humour (including a series of companions to the legendary Radio 4 comedy I’m Sorry I Haven’t a Clue) and memoir (including Kenton Cool’s One Man’s Everest).

Trevor was a Non-Executive Director of Maverick Television for five years, during which he specialized in rights retention and helping to develop the company as a key supplier for Channel 4. He has spoken widely on the relationship between film, TV and books including at MIPCOM in Cannes. In 2010 he delivered the annual Whitcombe lecture and for ten years he wrote a regular column for BookBrunch the publishing industry daily.

Since retiring from mainstream publishing at the end of 2017 he has taken on the role of Non-Executive Director of the Chalke Valley History Festival – the largest history festival in Britain. 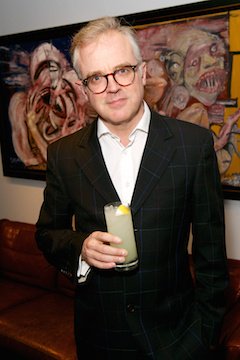