Before starting TMA, Toby founded Atlantic Books Limited, where he served as chief executive and publisher from 2000 to 2014. He published a number of bestsellers and prize-winning titles, including The Good Doctor and In a Strange Room by Damon Galgut; Back from the Brink by Alastair Darling; The Slap by Christos Tsiolkas; The Storm by Vince Cable, God is Not Great by Christopher Hitchens, Gould’s Book of Fish by Richard Flanagan;The Hanging Shed by Gordon Ferris; Killing Pablo by Mark Bowden; and Paradise and Power by Robert Kagan.

During Toby’s time at Atlantic, its authors were short-listed for the Man-Booker Prize five times, with The White Tiger, by Aravind Adiga winning in 2008. Toby won ‘Editor of the Year’ and Atlantic Books also won ‘Imprint of the Year’ (2005, 2008) and ‘Independent Publisher of the Year’ (2008) at the British Book Awards.

Since 2015, Toby has been Executive Director of the Baillie Gifford Prize for Non-fiction, the most prestigious non-fiction book prize in the UK. He is also chair of trustees of Wimbledon BookFest, a registered charity; a partner at the management and communications consultancy Jericho Chambers; chair of the advisory board of The Sunday Times EFG Short Story Award; and an ambassador for the knowledge networking company, Editorial Intelligence. He was a non-executive director of Prospect Publishing Limited for 10 years, where he was also a contributing editor and editorial board member.  He has been on the advisory boards of two think-tanks, the Legatum Institute and Demos and has appeared regularly on the Evening Standard’s list of London’s 1,000 Most Influential People. In 2016, he appeared in Esquire magazine’s list of Britain’s 100 ‘Most Connected‘ men. 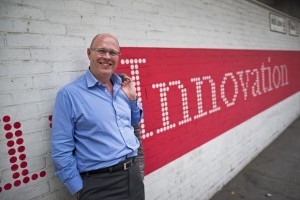