This acclaimed book, a number one bestseller in India, presents an unforgettable portrait of India’s ‘Bollygarchs’, its new billionaire class.

‘A vivid comparison to America’s late 19th-century Gilded Age drives this account of 21st-century India, with a teeming, colourful cast of the super-rich, the ultra-poor, the politically ambitious and the irredeemably corrupt.’ Financial Times, Best Books of the Year

Praise for The Billionaire Raj:

‘James Crabtree, once a hugely-admired star foreign correspondent, has transformed himself into a brilliant writer and analyst of the Indian super-rich. This timely, fascinating and eye-opening book is also – a rarity for a book about money – wonderfully witty and beautifully written.’ – WILLIAM DALRYMPLE

‘An enlightening and engaging story of wealth and poverty in India, but also a sad indictment of the power of inequity in subduing and overwhelming its areas of success.’ – AMARTYA SEN, Winner of the Nobel Prize of Economics

‘Crabtree’s stylish writing and sharp insights bring to life the extremes of a country changing with bewildering rapidity, and one the world will find increasingly hard to ignore. The Billionaire Raj is an essential guide if you want to understand modern India, as you must.’ – EDWARD LUCE, Chief US Commentator, Financial Times

‘Billionaire-watching may seem like voyeuristic fun, but it also provides serious insights about where a nation is headed. James Crabtree does just that in The Billionaire Raj, as he traces the incredible rise of India’s new super-rich and everything they reveal about the state of India’s political economy. Mixing colourful anecdotes with serious analysis, Crabtree’s urgent book gives us far more than just vicarious thrills about India’s new Gilded Age.’ – RUCHIR SHARMA, Author of The Rise and Fall of Nations

‘A lucid, detailed and at times epic account of the new India… A must-read for all those interested in the political and economic destiny of the subcontinent.’ – ROBERT D. KAPLAN, Author of Monsoon and The Return of Marco Polo’s World

‘A fascinating look into the world of the Indian business elite…shedding considerable light on whether the country will sustain the miracle that is the Indian democracy or go the way of populism and authoritarianism as so many others have.’ – DANI RODRIK, Harvard Professor of International Political Economy

‘James Crabtree distinguished himself as the most insightful journalist writing for the Financial Times from India. It is not surprising therefore that he has now written a book that offers a splendid overview of the issues that have been raised concerning India’s spectacular growth since the reforms began in 1991. It is bound to become a classic.’ – JAGDISH BHAGWATI, Author of In Defence of Globalization

‘In this eye-opening rumination on wealth, power, and those who seek both…Crabtree brings a reporter’s precision and flair to his story… An inside look into the corridors of power, this is an invaluable commentary on Indian democracy and the forces that threaten it.’ – PUBLISHERS WEEKLY, starred review 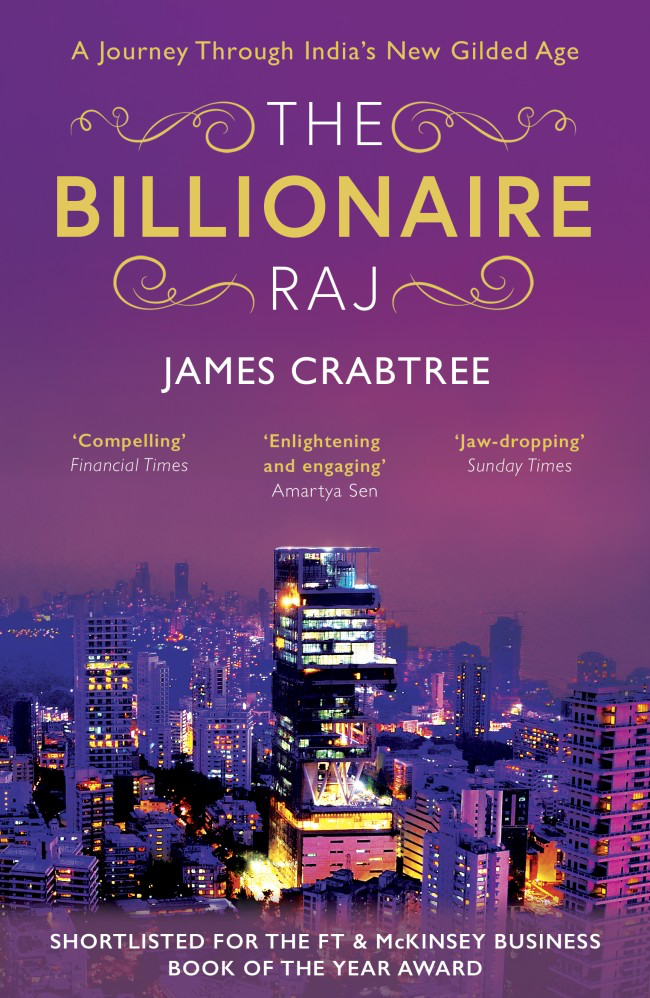