Today, almost all nations’ economies are capitalist, and capitalism dominates the world. But it was not always so. The Anxious Triumph magnificently describes how, after industrialisation swept much of the world in the early nineteenth century, a truly global capitalism followed, and with it the modernisation of society. For the first time in the history of humanity, there was a social system able to provide a high level of consumption for the majority of those who lived within its bounds.

Since then, capitalism has co-existed with many different kinds of states, from Victorian Britain to republican France and confederate Switzerland, from fascist regimes to post-war European democracies, from post-Meiji Japan to Latin American dictatorships, even apparently communist China and Russia. With wide-ranging scholarship, Donald Sassoon describes the impact of capitalism on these societies, and how it creates winners and losers by constantly innovating. This chronic instability, he writes, ‘is the foundation of its advance, not a fault in the system or an incidental by-product’. And it is this instability, this constant churn, which produces the anxious triumph of his title.

How, in the second half of the nineteenth century, did capitalism interact with industrialisation, with nationalism, with colonialism? What form did this first great age of globalisation take? Vigorous, argumentative, surprising and constantly stimulating, The Anxious Triumph gives a fresh perspective on all these questions and on its era. It is a triumphant masterpiece by one of Britain’s most engaging historians.

The Anxious Triumph was published by Penguin Press in June 2019.

‘Donald Sassoon, an emeritus professor of European history at Queen Mary College London, who has written extensively on cultural and political history, is both a brilliant writer and has a polymathic range. With The Anxious Triumph, he has produced a magnum opus, an accessible and genuinely global history of the transformative but unstable character of the capitalist phenomenon…. This is a book for today and tomorrow.’ Harold James, Financial Times

“Sassoon offers us a sprawling map, studded with fascinating details. … It is quirkily brilliant” Adam Tooze, The Guardian

“A big book of comparative history stretching across a global canvas. It is hugely erudite: everyone can learn from it” Paul Collier, New Statesman

‘Donald Sassoon’s brilliant book offers a highly original and perceptive historical reflection on our current plight… His range is impressive, roaming across the globe with rich detail and insight, and his writing is fast-paced and accessible.’ Martin Daunton, BBC History Magazine

‘He is no apologist. His comprehensive account of the origins of modern capitalism make clear the human cost of a system of institutionalised greed’ Iain Macwhirter, The Herald 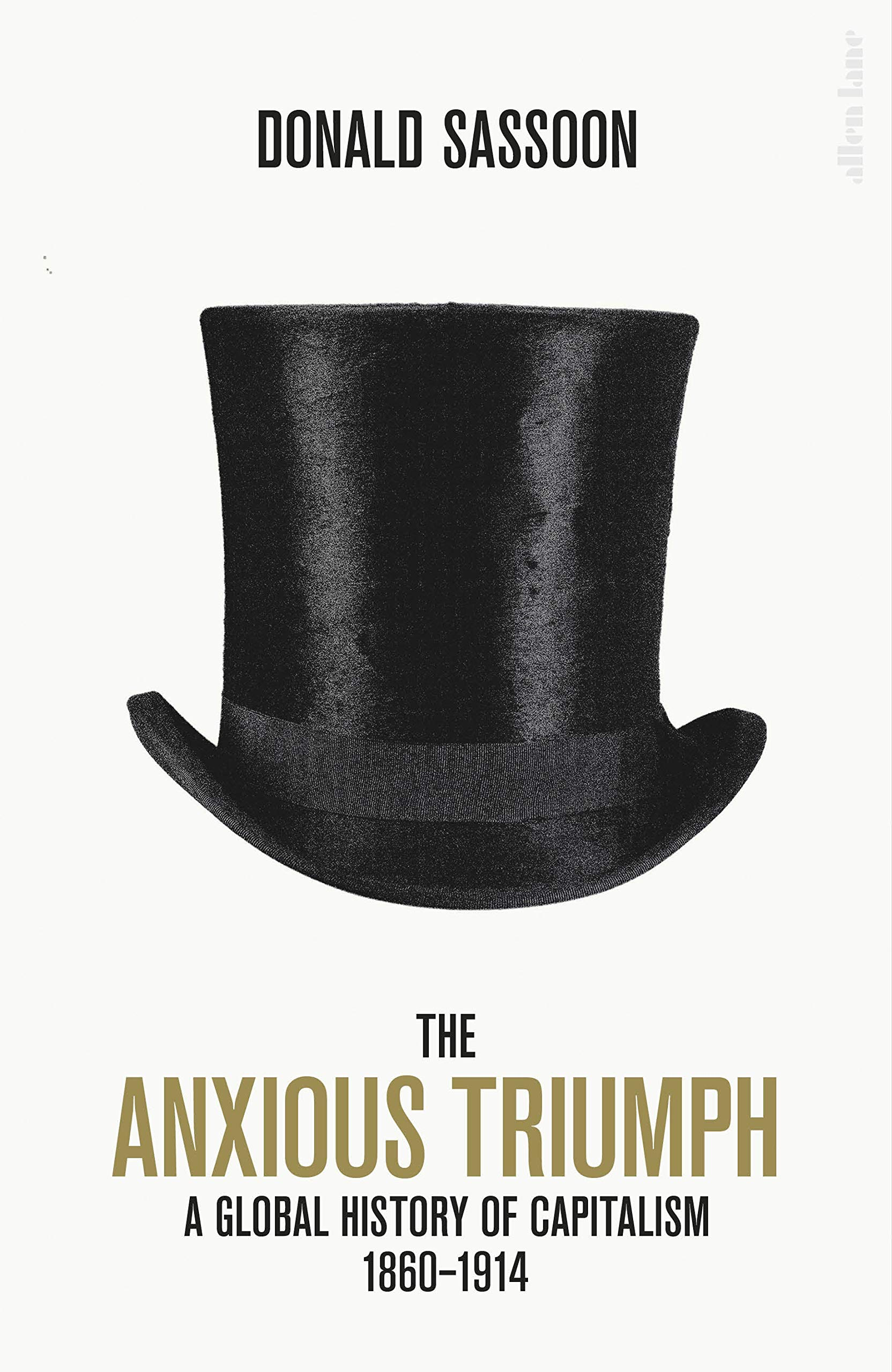