A gripping account of the unsolved death of an Indigenous teenager, and the detective determined to find her killer, set against the backdrop of a troubled city.

Published by Viking and Little Brown in August 2019.

“Tina Fontaine brought international attention to the tragedy of missing and murdered Indigenous women, girls, and two-spirit folks. This retelling of her life and the investigation into her death is a breathtaking account of the fight to find justice for Tina.” WAB KINEW, Leader of the Manitoba NDP and author of The Reason You Walk

On 17 August 2014, the body of fifteen-year old Indigenous runaway Tina Fontaine was found weighted down in the Red River in the Canadian city of Winnipeg.

The loss of Tina was a tragedy for her family and for the Indigenous community. But it also exposed a national scandal: Indigenous women are vastly more likely than other Canadians to be assaulted and killed. Over the past few decades, hundreds had been murdered – or simply gone missing. Many of these cases have never been solved.

Tina’s Fontaine’s death caused an outcry across Canada. The police investigation and trial that followed sparked a widespread debate on the treatment of Indigenous women, while the movement protesting those missing and murdered became an international news story.

In an astonishing feat of investigation, award-winning BBC reporter and documentary maker Joanna Jolly has reconstructed Tina’s life, from her childhood on the Sagkeeng First Nation Reserve to her difficult teenage years. Red River Girl is the compelling story of the elaborate police investigation into Fontaine’s death and the detective obsessed with bringing her killer to justice – and an exploration of the dark side of a country known for its tolerance and liberal values. It reveals how Indigenous women, sex workers, community leaders and activists are fighting back to protect themselves and change perceptions. Most importantly, Red River Girl is an unforgettable description of the search for justice. 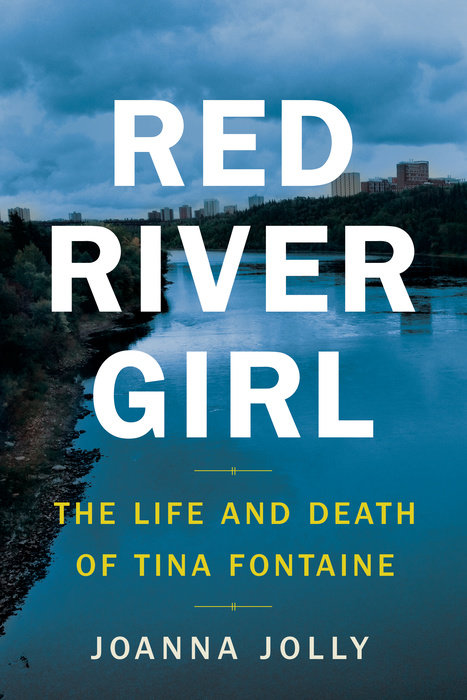