Tobias Buck was the Financial Times Madrid correspondent from 2012 to 2017, covering Spain’s economic crisis and the political aftershocks, including the Catalan campaign for secession. He is currently the FT’s Berlin correspondent, but continues to travel and report from Spain regularly. 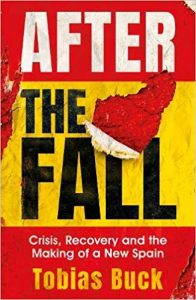 He is the recipient of several prestigious journalism prizes, including a British Press Award, a Foreign Press Association Award, and a Harold Wincott Award. In 2015, Spain’s International Press Club named him foreign correspondent of the year. Born in Jugenheim, Germany, in 1975, Buck has both German and British nationality. He graduated in 2001 from Humboldt University in Berlin, where he read law. Tobias lives in Berlin with his partner Ana, a Spanish journalist, and their son.

After the Fall, his book on contemporary Spain, will be published by Weidenfeld and Nicolson in November 2019.

‘Tobias Buck belongs in the distinguished lineage of writing about Spain that was so brilliantly started by Richard Ford. Much like Ford in the 1830s, as clearsighted and unflattering as deeply sympathetic to the many charms of the country and the predicaments of its people, Tobias Buck has written a most accurate account of what Spain looks like right now and what seemingly insurmountable challenges it is having to live up to… required reading’ ANTONIO MUÑOZ MOLINA

‘[Buck] understands economics, but he also understands people. Spain’s crisis is therefore appropriately told as an engaging story of human folly. This is a superb book about a fascinating country — an easy read about difficult times.’ Gerard de Groot, The Times 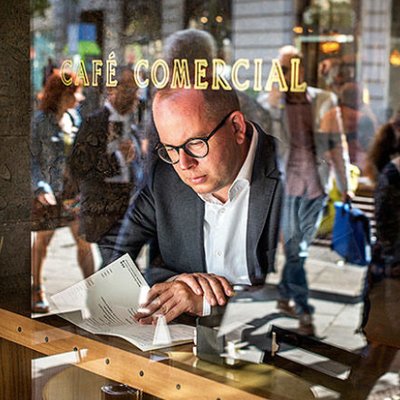