Jonathan Hillman is a Fellow at the Center for Strategic and International Studies (CSIS), a think tank in Washington, D.C, where he studies economic trends and foreign policy challenges. At CSIS, he directs the Reconnecting Asia Project, an interdisciplinary effort to investigate how new infrastructure is reshaping flows of goods, capital, people, and ideas. He is also a regular commentator for the Nikkei Asian Review.

Previously, Hillman was an advisor to U.S. Trade Representative Michael Froman, President Obama’s principal negotiator for trade and investment agreements. He directed research and wrote speeches, op-eds, Congressional testimonies, and other materials explaining U.S. trade and investment policy. He has also worked as a researcher at Harvard’s Belfer Center for Science and International Affairs, the Council on Foreign Relations, and in Kyrgyzstan as a Fulbright scholar.

Hillman was born in 1986 and graduated from the Harvard Kennedy School, where he was a Presidential Scholar, and Brown University, where he was elected to Phi Beta Kappa and received the Garrison Prize for best thesis in international relations. His writing has been published in the Wall Street Journal, the Financial Times, the Los Angeles Times, and elsewhere. His work was a finalist for the Financial Times Bracken-Bower Prize in 2015 and 2017.

Jonathan Hillman’s new book The Emperor’s New Road: How China’s New Silk Road is Remaking the World will be published by Yale in 2020. 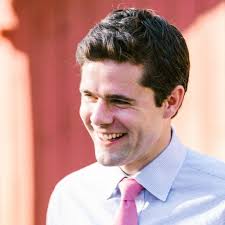