Jenny Radcliffe is a burglar for hire. She is a professional con-artist; an expert in non-verbal communication, deception and persuasion techniques; an ethical ‘people hacker’ hired to smash security measures, using psychology, subliminal linguistics, cunning and guile. She has spent a lifetime learning how to use the ‘human element’ to gain access to buildings, data and information. She has led simulated criminal attacks on businesses of all types and sizes, running teams to help secure client sites and information from malicious attacks.

Jenny grew up in the back streets of Liverpool in the 1980s. As a teenager, just for the thrill, she broke into and out of, without being detected and without any criminal intent, into local zoos, and museums, funeral parlours and factories. Joining the family “security business” protecting celebrities, she was soon asked to test the security of these high profile individual’s homes and offices. She proved so good that she was asked to ‘pentest’ theme parks, banks and football stadiums, quickly becoming the go-to people hacker for respected businesses and organisations all over the world, working along side private security firms and even the security forces of national governments.

Jenny is a regular guest expert on the human element of security, scams and social engineering and has appeared on numerous television and radio shows, as well as online media and traditional press outlets.  She recently featured in the new Channel 4 series of ‘Hunted’ where she was part of the show’s Special Operations Unit performing Open Source Intelligence and undercover roles.

Jenny is also the host of the award winning podcast ‘The Human Factor’ where she interviews industry leaders, bloggers, experts, fellow social engineers and con-artists about all elements of security.

Jenny is working with TMA author Max Metzger on a book about her life in security penetration testing.

She is represented by Trevor Dolby. 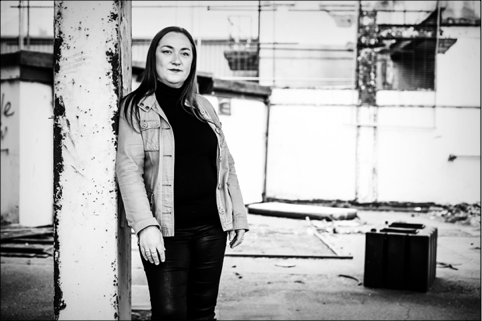