Charles Handy CBE  is an Irish author and philosopher specialising in organisational behaviour and management. Among the ideas he has advanced are the ‘portfolio worker’ and the ‘Shamrock Organization’ (in which professional core workers, freelance workers and part-time/temporary routine workers each form one leaf of the Shamrock).

He was born the son of a Church of Ireland archdeacon in Clane, Co. Kildare, Ireland in 1932 and educated as a boarder at Bromsgrove School and Oriel College, Oxford.

Charles Handy’s business career started in marketing at Shell International. He left Shell and spent a year as an International Faculty Fellow at the Massachusetts Institute of Technology. On his return he joined the London Business School, where he was Professor from 1978–94.

He has appeared regularly in the Thinkers50, a bi-annaul global ranking of the most influential living management thinkers. In 2001 he was second on this list, behind Peter Drucker; in 2005 he was tenth; 2007 he was fourteenth. When the Harvard Business Review had a special issue to mark their 50th Anniversary they asked Charles Handy, Peter Drucker and Henry Mintzberg to write special articles.

He has Honorary Doctorates from Bristol Polytechnic (now the University of the West of England), UEA, Essex, Durham, Queen’s University Belfast and the University of Dublin. He is an Honorary Fellow of St Mary’s College, Twickenham, the Institute of Education City and Guilds and Oriel College, Oxford. He was awarded a CBE in 2000.

He is the author of twenty books, which together have sold more than 2 million copies worldwide. They include Understanding Organisations; The Empty Raincoat; The Hungry Spirit; and The New Alchemists. His most recent book is The Second Curve. (2015)

Handy’s new book, 21 Meditations on Life and its Challenges will be published by Random House in 2020.

‘If Peter Drucker is responsible for legitimizing the field of management and Tom Peters for popularizing it, then Charles Handy should be known as the person who gave it a philosophical elegance and eloquence that was missing from the field.’ Warren Bennis 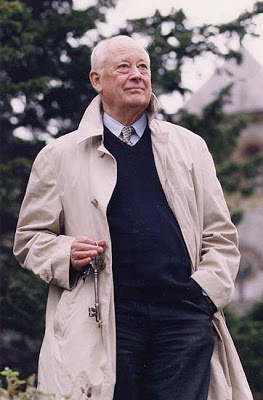